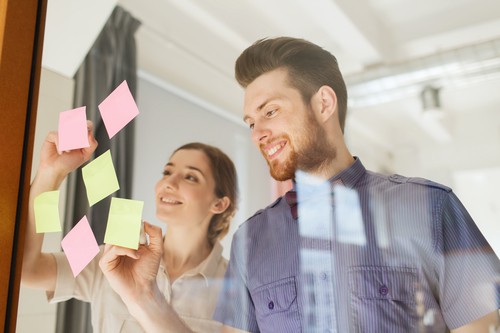 04 Apr Hidden Meanings in Famous Logos: What You Didn't Know

You see these famous logos everywhere – driving down the street, in stores, online and in your own closets and pantries. They are so common and easily identifiable that you probably don’t even notice how surrounded you are by them each day.

Just a quick glance at these logos and you will instantly know the brand or company that they represent. They can be very simple or quite complex, but since you’re so used to having them around, you probably don’t put much thought into what they really mean. They are in fact designed with some secrets stories and messages behind them.

Here are some of hidden messages in logos and the secrets behind them:

Next time you’re standing in line to order your morning latte, notice the mermaid that graces the cups, signs, walls and pretty much everything at Starbucks.

A lot of people don’t realise that this world-famous coffee shop is actually named after a character in Herman Melville’s classic novel, Moby-Dick. The founders thought it appropriate to make their symbol a mermaid to keep up with the nautical theme they were aiming for.

The symbol of the famous Japanese car company, Toyota, is very easily identifiable. Some people say that it reminds them of some type of cowboy hat, but this logo actually pertains to the much earlier days of the company, when they were known for manufacturing weaving machines. More impressively, the shapes in the logo actually spell out Toyota.

Another prominent car manufacturing company, BMW is symbolised by a white and blue circle. These two colours are symbolic of the Bavarian Free State.

At the time when the logo was made, it was actually illegal to create any commercial trademarks that used national symbols. The BMW logo evaded this rule by reversing the colour order.

The classic red, white and blue Pepsi logo underwent a redesign in 2009. Although the new design may seem like a just an asymmetrical rendition of the original, designers at Arnell Associates said that they took inspiration from a wide range of places – from Feng Shui, Rene Descarte, the theory of relativity, Renaissance art, and other avant-garde sources.

The series of vertical lines that symbolise Cisco Systems actually represent the famous Golden Gate Bridge in San Francisco. While driving across the iconic bridge on the way to register their new company, the founders decided to not only make the bridge their logo, but also to name the company after the city itself.

The Swiss chocolate company, Toblerone, can be easily recognised by their long, rectangular packaging and their symbolic golden mountain logo. What the majority of chocolate fans don’t notice, though, is the silhouette of a standing bear in the mountain. The reason for this being is that the city of Bern, where the company is based out of, is commonly known as the City of Bears.

This illustrious fashion house was founded in 1800’s Paris. In their early days, they weren’t yet known for the scarves and handbags that they create today. Instead, they actually made riding harnesses. Their well-known horse and carriage logo was created in the 1950s to pay tribute to the roots of the brand.

Google, being the innovative brand that they are, wanted their logo to show that they break the rules. The logo is simply “Google” spelled out with each letter being a different colour. The first four letters are primary colours, and just when it looks like it’s going to repeat again, the “L” is green, a secondary colour.

The simple crocodile design that symbolises the Lacoste brand has a story behind it. After the company’s founder, René Lacoste, famously bet on a suitcase made of alligator skin, the American press gave him the nickname The Alligator.

The media of his home country, France, translated the name as The Crocodile, which Lacoste then decided would make the perfect underpinning for his brand.

The symbolism surrounding this iconic bitten apple has been the topic of much debate. Some say that it represents the biblical forbidden fruit of the “Tree of Knowledge”, while others say it pays tribute to early scientists such as Alan Turing or Sir Isaac Newton.

While all of these seem appropriate, the designer himself, Rob Janoff, says he can’t actually recall why he chose this shape.

Amazon is one of the fastest-growing companies to date, and its iconic symbol is now seen everywhere. It might seem like a simple smiley face under the name, but what you might not have noticed is that there is also an arrow motioning from A to Z.

This is symbolic of the massive variety of items and services the e-commerce company offers.

The classic LG logo shows a sort of Picassoesque human face made out of the letters L and G. This was designed as such to symbolise that LG is working to serve the people.

FedEx’s simple yet sophisticated logo has won several awards for design. The design cleverly creates a forward-facing arrow in the negative space between E and X. The arrow is symbolic of the company’s forward-thinking, innovative work.

This world-renowned Japanese brand markets a variety of products, from electronics to motorcycles. The company was originally established in the 1800s and made organ reeds and pianos, inspiring the iconic logo. It features a configuration of three piano tuning forks.

Audi’s iconic interlocking rings logo can be spotted in almost any country. Each ring is actually symbolic of one of the four businesses that merged together in 1932 to create the company known today as Audi. Those businesses included Audi, Horch, DKW, and Wanderer.

With so many brands and companies that we’re exposed to every day, it is easy to forget that each of them has a story and identity that they’re trying to convey. There is a lot of hidden meaning in famous logos have much deeper meanings than what can be seen on the surface.

It could be a tribute to their past or homeland, a symbol representing the brand’s mission and character, or even a reference to a funny backstory. If you simply pay closer attention to some of the logos you come across, you may actually learn some really interesting hidden messages in logos that you never knew about.

Original Nutter is a collective of designers dedicated to providing beautiful & bespoke graphics for small businesses worldwide. Our 5th year has been another record-breaking success, serving loved clients in Spain, China, Qatar, Bermuda and of course the UK.

For business growth hacks, free resources and the occasional firesale.